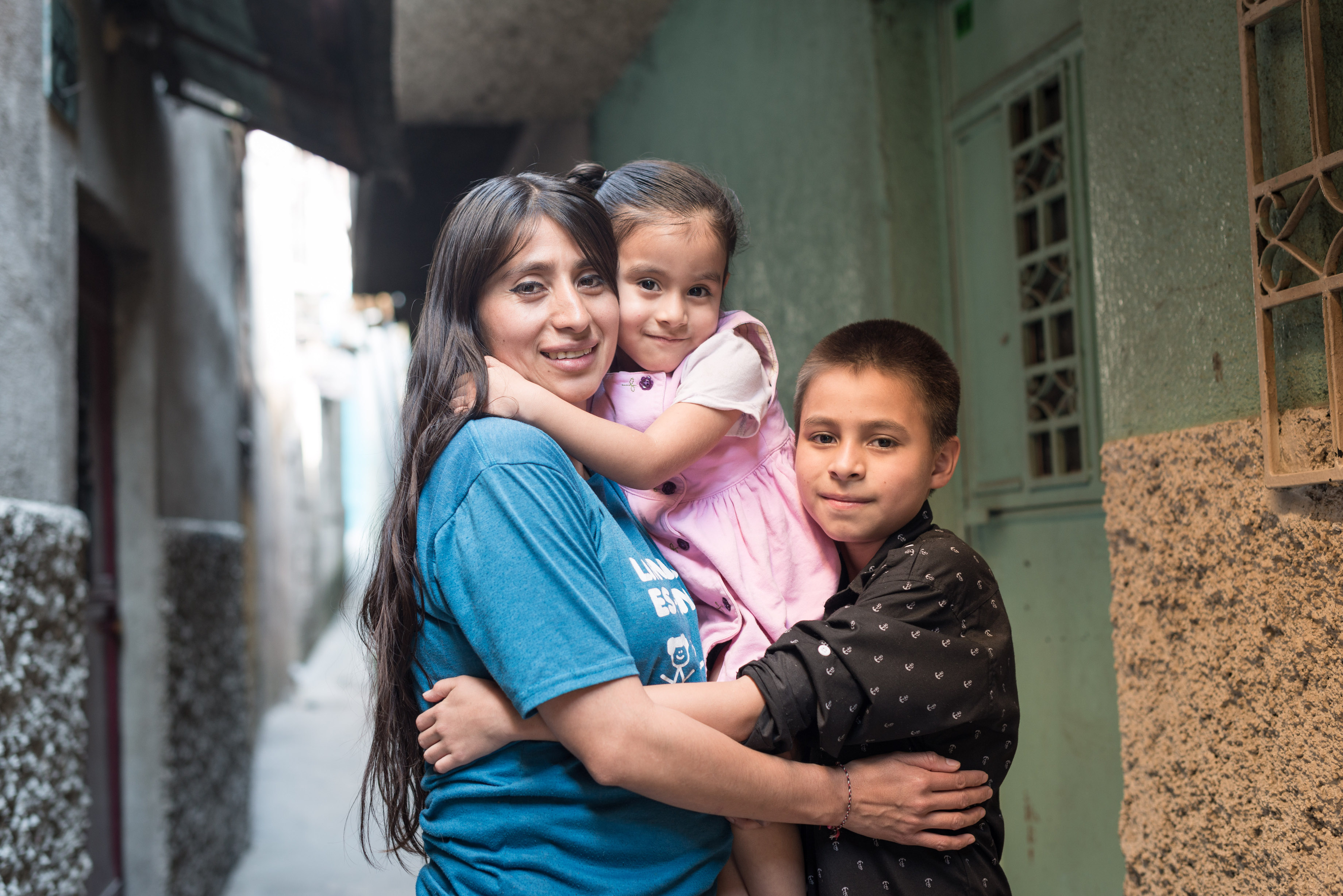 Sunday is Mother’s Day, and we want to celebrate the moms in La Limonada.

These are moms who love and sacrifice for their kids. Moms who give so much out of the little they have. Moms who want a better future for their kids other than the temptations that surround them in their community.

Brenda is one of these heroes, a single mom living in La Limonada with her three children. (Her baby is not pictured here) She works hard as the cook for the Lima academy – every day cooking breakfast and lunch for all of the children and teachers.

Three years ago, when her son Santiago was seven years old, he witnessed gang violence in the narrow street near his home. His first thought was shielding his baby sister from what he was seeing unfold. But, he saw more than any seven-year-old should see: violence, hate, fear, and loss of life.

Returning home, Santiago shared everything he saw and felt with his mom. Because of their close relationship, his mom was able to help him process this scary experience and think about the courage he demonstrated in protecting his sister. Many children in La Limonada do not have this kind of special closeness and space to talk about these kinds of traumatic experiences in a healthy way. But Brenda is a special mom, like many others.

She was happy that Santiago could also share his experiences with the psychologist at the Lima academy. Maria was present to give her support, advice, and biblical truth to walk with Santiago through the months of trauma, being afraid every time he and his mother left the house. Even though Santiago’s father has been absent throughout much of his life, Brenda has not been alone these past few years. She is raising her son with the full support of Maria and Santiago’s teachers in the Lima academy.

As Santiago began to heal through therapy and started thriving in his classes, Brenda noticed many encouraging attitudes and behaviors. He began returning home filled with excitement to share the things he was learning about God and the Bible – including how to ask for forgiveness. In a machismo culture, where men want to appear tough, Brenda had never experienced a man willing to humbly ask forgiveness before. But Santiago is quick to admit when he has been unkind or rude. He is eager to be a godly man who is kind to his mother and sister.

“Some people think we should do anything we can to leave La Limonada,” Brenda said. “But just because there is some bad here, doesn’t mean we are all bad. I have wonderful neighbors and we want to support each other in this hard life.”

This Mother’s Day, would you consider supporting the work of the academies to provide relationship and support to mothers and their children, to show a God who is with and for them? Perhaps your heart is especially burdened for Brenda and would like to commit to a monthly sponsorship? Her desire is for a sponsor who will pray that God would continue to give her the motivation to cook for the children.