Latest E-news: What Is Our Hope?

This is a segment from Reparando, a feature documentary produced by our friends and partners Athentikos. We highly recommend purchasing the film to learn more about La Limonada, as well as Guatemala’s struggle to repair itself and its people after decades of war.

Following the overthrow of its government in 1954, Guatemala experienced a 36 year-long civil war—the longest in Latin American history. Throughout those years dictators and military leaders committed despicable acts of violence and terror against their people in attempts to suppress the guerilla movement and end the civil war.

These atrocities led to the massacre of over 200,000 people and caused untold thousands to flee rural areas in search of refuge in cities.

In the midst of this unrest, settlers staked claim to land in the ravine that is now known as La Limonada. One of many communities known as an asentamiento (“settlement”) in Guatemala, La Limonada is built on what most would consider uninhabitable land once owned by the government.

Considered a Zona Roja (“Red Zone”), a designation given to Guatemala City’s poorest and most dangerous neighborhoods, the ravine is now home to over 60,000 people and is considered the largest urban slum in Central America. It forms a border between Zona 1 and Zona 5 in the heart of Guatemala City.

Over many years, a sub-culture of extreme poverty has taken root in La Limonada, leading to a lack of education and job opportunities and unsustainable living conditions, including a lack of access to running water and electricity in some cases. La Limonada consists of ten barrios (districts or neighborhoods) ruled by rival gangs who have also instilled a deep-seated culture of fear.

Because having a La Limonada address often prevents residents from securing employment elsewhere in the city, many feel forced to lie about their address, while others succumb to illegal activity.

While there is much darkness in La Limonada, there is also much beauty for those who have eyes to see. In the Book of Acts we read that Jesus commissioned his followers to go as his witnesses to “the ends of the earth”—to places like La Limonada where most people refuse to go.

Tita and her team in Guatemala consider La Limonada a “cathedral on the streets”—a place where God dwells and where heaven meets earth. It is a place where “holy moments” are experienced every day.

As Tita says, “It’s a beautiful place. I can sit at the edge of La Limonada… and all I smell is hope… and I like it.” 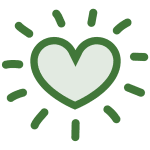 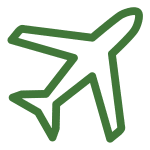 Deep relationships are the basis for our work A great way to lay the groundwork for such relationships is by going to Guatemala to meet the people of the community and the team that serves there. In less than a week, you will make friends for life. 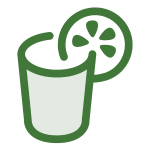 Create your own campaign page and ask your family, friends, and coworkers to donate. You can do anything to raise funds – give up your birthday, run a 5K or marathon, or help your kids host a real lemonade stand.

Sign up to receive stories and updates from La Limonada!